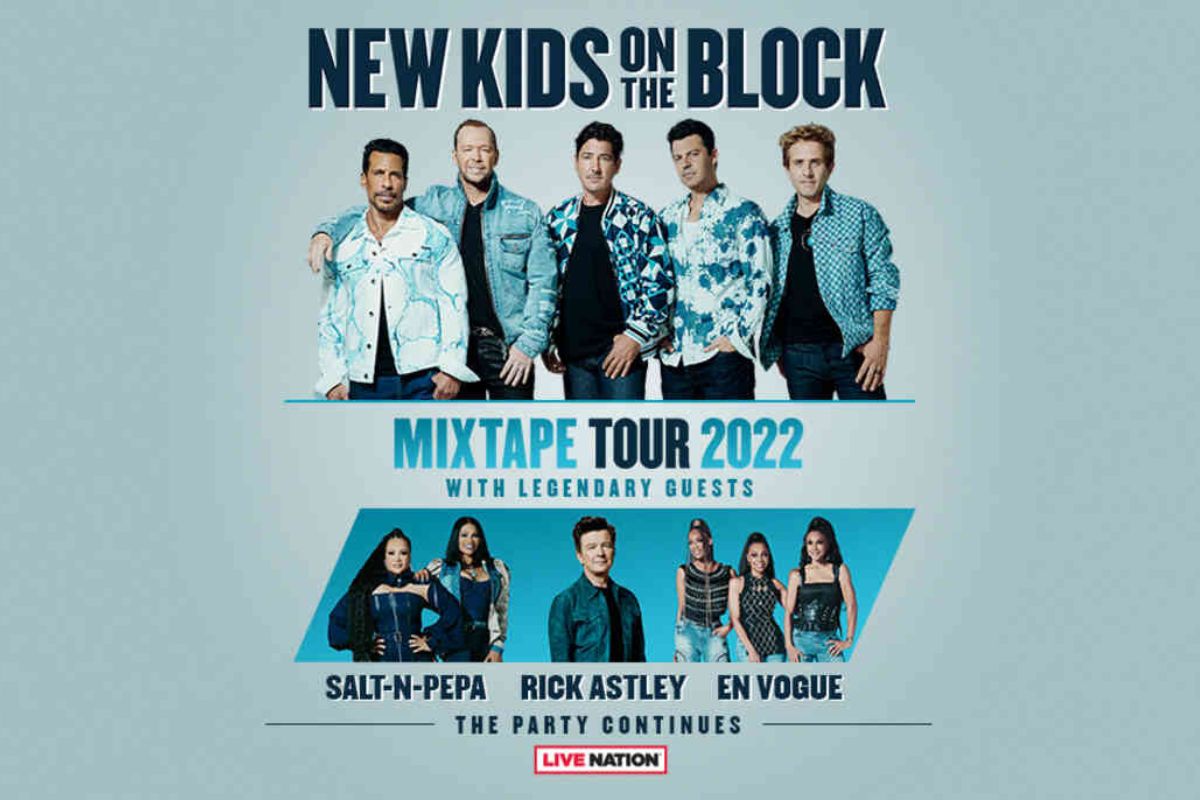 Discount Tickets for the New Kids On The Block: The MixTape Tour 2022 in South Florida

ew Kids On The Block: “The MixTape Tour 2022” with Salt-N-Pepa, En Vogue and Rick Astley

New Kids on the Block have sold more than 80 million albums worldwide — including back-to-back international #1 songs, 1988’s “Hangin’ Tough” and 1990’s “Step By Step” — and a series of crossover smash R&B, pop hits like “You Got It (The Right Stuff),” “Cover Girl,” “Didn’t I (Blow Your Mind This Time),” “Hangin’ Tough,” “I’ll Be Loving You,” “Step By Step” and “Tonight.” The group which started with humble Boston beginnings grew to shatter concert box office records playing an estimated 200 concerts a year, in sold-out stadiums throughout the world. The group solidified their place in Hollywood with a star on the Hollywood Walk of Fame since reuniting and will continue representing Boston on their journey long into the future. “Push It” — Salt-N-Pepa’s signature party-pumping anthem about getting your grind on — started out meaning one thing and turned into meaning something much bigger. Because in a 35-year-career that took them from Queens to rap royalty, the duo of Cheryl “Salt” James and Sandra “Pepa” Denton have pushed it real good as a trailblazing duo that changed the game for women in hip-hop. Rick Astley is enjoying a major career resurgence, having already sold more than 40 million albums fueled by hits like the chart-topping “Never Gonna Give You Up,” “Whenever You Need Somebody,” “Together Forever” and many more. Celebrating 30 years in music and recognized as one of the top 5 highest selling American female music groups in history, En Vogue’s accolades include seven MTV Music Video Awards, three Soul Train Music Awards, two American Music Awards, a Billboard and Lady of Soul Award and countless Grammy nominations.